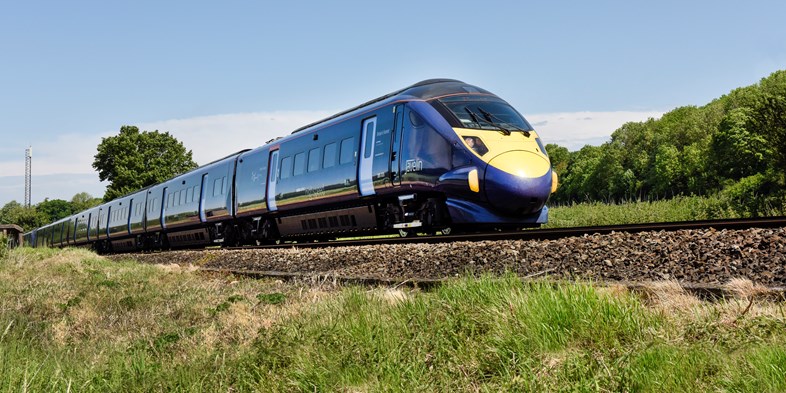 Southeastern has been Highly Commended in the prestigious category of Passenger Operator of the Year at the high-profile National Rail Awards, the rail industry’s equivalent of the Oscars.

A panel of independent judges agreed that Southeastern had achieved a substantial and sustained improvement in punctuality, working closely in partnership with Network Rail to overcome performance challenges, at the same time leading the industry by providing excellent customer service:

Acting upon customer feedback, Southeastern has also invested significantly to improve its network and facilities for passengers.

These improvements have included a £30 million joint venture with Eversholt Rail and Bombardier to upgrade a third of the train fleet (the Class 375 trains) as well as a major deep cleaning programme on all 338 of the Mainline and Metro trains.

Essential additional capacity has also been added with the procurement of 68 additional carriages to expand the fleet.

In addition, stand-out success has been achieved with Southeastern’s marketing campaigns – award-winning in themselves. Throughout the summer of 2018 Southeastern delivered reduced-price tickets for Londoners wanting to get out to the South East coast, resulting in a 415% uplift in ticket sales for that year, compared with 2017.

“We wanted to achieve our highest ever passenger satisfaction and that’s a milestone that we reached this summer, thanks to a huge amount of hard work and a considerable team effort by everyone working at Southeastern and Network Rail, from front-line colleagues on our trains and our stations to those whom the travelling public don’t normally see. The result is this recognition of our efforts by the National Rail Awards, and I am immensely proud of what our colleagues have achieved.”

“In the last decade, within the current Southeastern franchise, we’ve seen London Bridge completely rebuilt as part of the £6.5bn Thameslink programme, providing a landmark station that is once again admired, enjoyed and fit for purpose. In 2009 we introduced our Highspeed services and this Autumn we mark ten years of successful operation with 92% passenger satisfaction – a result of the considerably improved connectivity to many parts of Kent with central London, boosting businesses and the visitor economy alike by delivering over £300m in benefits to the Kent economy.”

"We’re delighted with this achievement which shows the huge strides we’re taking to put passengers first in everything we do. Working closely with Southeastern, we’ve seen passenger satisfaction levels soar to their highest ever at our London stations and we’re committed to improving reliability for our customers.”

The National Rail Awards were held at the Grosvenor House Hotel in London on Thursday 19 September. Rail companies from across the industry are invited to submit entries which are then shortlisted with a winner selected by a panel of independent judges.