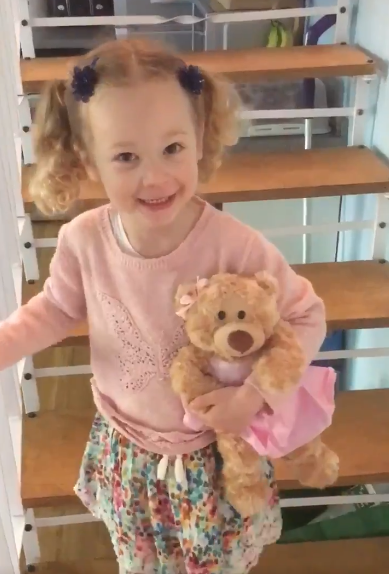 A father shared touching footage on Wednesday 1st May of his daughter being reunited with her missing teddy-bear after Southeastern staff managed to track down the cuddly toy. It turned out that ‘Twinkle-Bear’ had been on quite the rail adventure.

Three year old Florence Paxman from Tonbridge in Kent lost her precious bear on her way home from her ballet class in Ashford when she got off the train at Staplehurst. When her mum realised, she immediately took to twitter and asked the Southeastern team for help.

Fortunately for Florence, Gordon Greenhalgh, a member of Southeastern’s twitter team leapt into action. Gordon contacted a series of stations across the network, before reaching a colleague at Charing Cross station in London, who managed to find the cuddly toy on an empty train.

The next day, Twinkle-Bear was issued with a complementary single ticket for the train journey back home to Tonbridge, where she was reunited with Florence.

Michael posted a video in response on social media, and when Florence was asked to say something to the nice people on the train who helped to find Twinkle-Bear, she have a resounding “thank you!”

You can watch the full video here https://bit.ly/2PK1xK7.