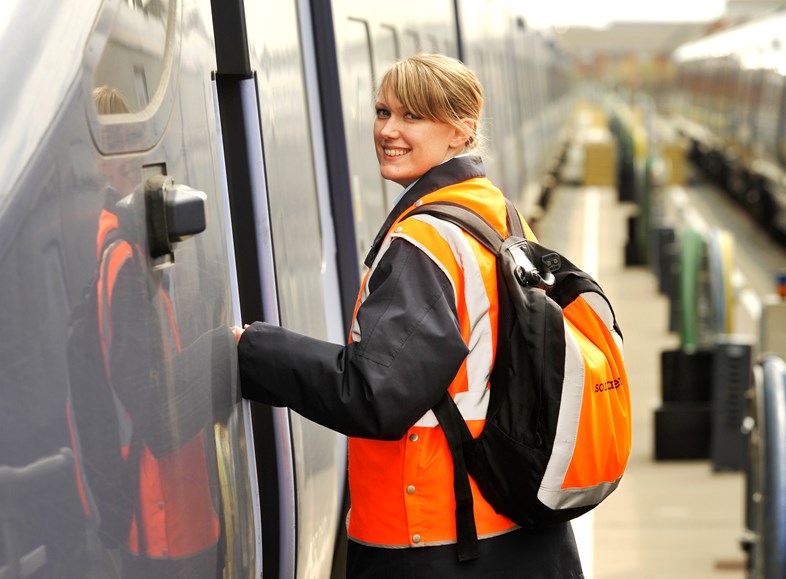 Train company launches initiative to encourage more women to opt for a career in rail.

Southeastern is today launching an initiative to encourage more women to opt for a career in rail, an industry which can offer an exciting, fulfilling range of skills and opportunities.

In order to boost the number of women in front-line roles, the company has set a target of raising the number of female applicants for train driver roles to 40% by 2021.

At present, only 4.5% of Southeastern’s drivers are female – a figure in line with national statistics. Southeastern is determined to break the perception of driving trains as a male-dominated occupation. Across the entire rail industry, just 16% of employees are female.

Southeastern has introduced initiatives including:

Uniquely on the national rail network, Southeastern has gender balance on its eight-strong executive committee, with an even split of male and female executives.

Ellie Burrows, Southeastern’s Train Services Director, said: “Driving a train brings responsibility, pride and achievement. It’s high time we broke the perception of the railways as a male-dominated industry. There are thousands of talented women out there who could have a rewarding career working in roles ranging from engineering to driving, on-board supervising or sales.

“Society has moved on. It’s no longer the case that little boys play with toy trains and little girls play with dolls. It’s vital that as a major transport operator, we have a workforce that reflects the diversity of our passengers.”

Over the coming months, Southeastern will be running a series of recruitment campaigns encouraging women and men from a wide range of backgrounds to apply for roles as drivers.

Southeastern is owned by Govia, a joint venture between the Go-Ahead Group (65 per cent) and Keolis (35 per cent).

Govia is the most enduring partnership between transport operators delivering rail franchises in this country.

It is the UK’s busiest rail operator, responsible for 28.7 per cent of UK passenger rail journeys through its four rail companies, Southern, Southeastern, Govia Thameslink Railway and London Midland Further information on Govia is available at:  www.govia.info

Go-Ahead Group plc is one of the UK's leading providers of passenger transport services operating in the bus, rail and aviation services sectors.