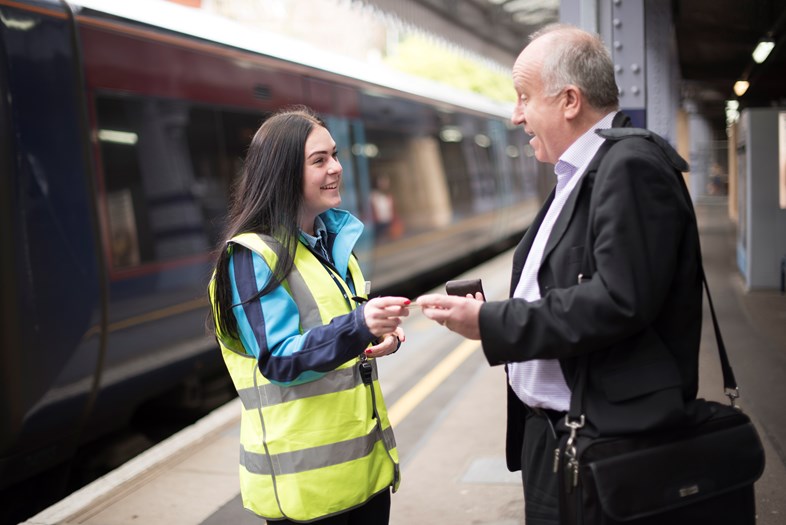 Southeastern has recorded a significant year-on-year improvement in passengers' overall satisfaction with its train service, according to the results of a survey published today (27th June 2019) by independent passenger watchdog Transport Focus.

Overall satisfaction among Southeastern passengers has increased by 5% since Spring 2018 and 4 out of every 5 passengers (80%) now rate themselves as very or fairly satisfied with their journey. Southeastern is one of only three train operators in Britain to show a significant year-on-year improvement in the Spring 2019 National Rail Passenger Survey.

The survey results also show that passengers' satisfaction with the punctuality of Southeastern's trains has increased by 8% over the past year, reflecting a near 10% improvement in train punctuality since 2017. This improvement has been delivered through close partnership working with Network Rail, and 2018 was Southeastern's most punctual ever Autumn for the second year running.

"I'm delighted that we've made such a significant improvement in our passengers' satisfaction, which reflects the daily hard work of everyone here at Southeastern, and more than £80 million of investment we've made to improve our stations, trains and the punctuality of our service."

In 2018 Southeastern also introduced free on-board WiFi and completed a £30 million refurbishment of one-third of its train fleet. In the last 6-months it has spent £1.5 million refurbishing station buildings and toilets, installing new cycle parking facilities and resurfacing more than 40 of its car parks. The train operator has invested more than £80 million since 2014 to improve passengers' experience at stations and on-board

About the National Rail Passenger Survey