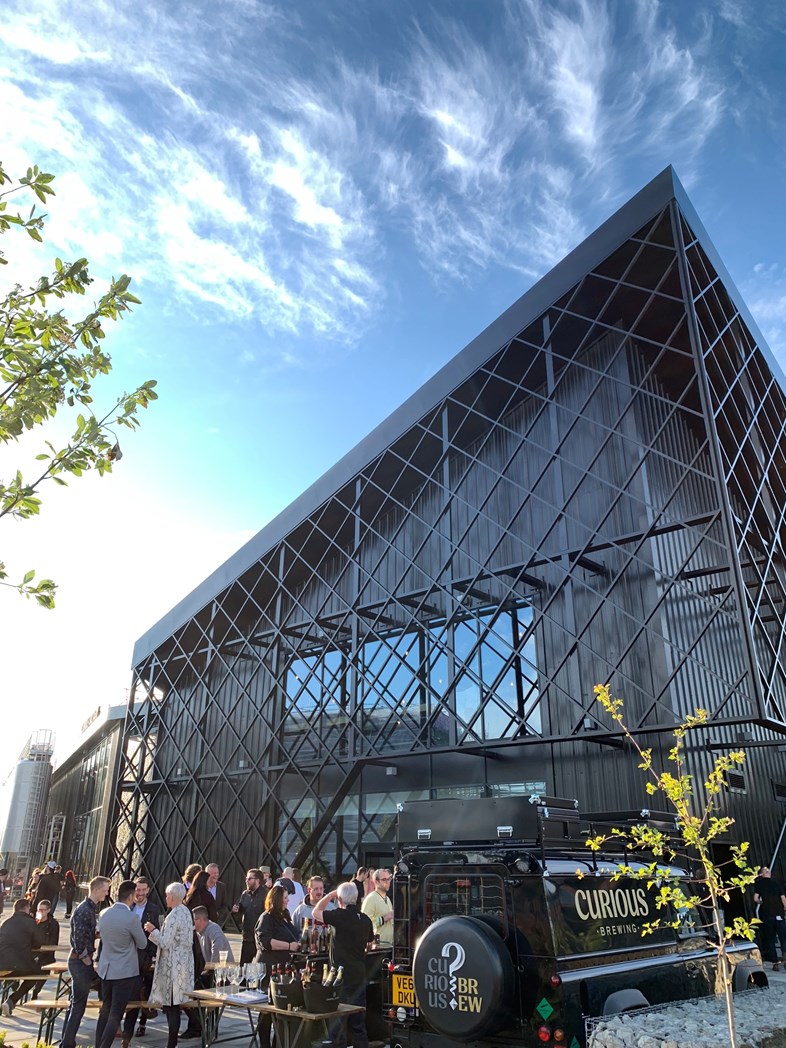 Southeastern has partnered with Curious Brewing to surprise and delight passengers travelling on the network with an experiential sampling campaign, in celebration of its state-of-the-art brewery opening in Ashford.

During the summer Southeastern passengers have the opportunity to sample Curious beers courtesy of the Curious customised Land Rover Defender which converts into a mobile bar at the press of a button! The pop-up bar will be visiting a number of stations across the Southeastern network including Whitstable, Tunbridge Wells and Deal.

Curious Brewing was established in 2011 and their new brewery opened its doors on 10th May. As well as the brewery there is also a shop, bar and restaurant which is already proving extremely popular with the public. Their decision to open the new brewery in Ashford was in part based on the benefits associated with being within just 5 minutes’ walk from Southeastern’s High Speed line, at Ashford International.

Southeastern’s High Speed line celebrates its 10th Year of service in autumn of 2019. Over the past decade, the railway has helped more passengers explore Kent, and significantly contributed to the tourism economies in towns such as Margate.

We are delighted that Curious Brewery has partnered with us on this experiential activity, it’s fantastic that Curious are offering passengers an ice cold beer as they step off the train and their feedback has been great.  As our High Speed line marks a decade of faster and more accessible travel in 2019, we are proud to support local businesses and help them to connect their products and services with those living, working and exploring the South East.”

“We are delighted to be working with SE on bringing brewery fresh beer to commuters at the end of the working day, and visitors to Kent perhaps less familiar with our beer and our new cathedral of brewing in Ashford. Keep an eye out on our social channels for details of when our #freshbeerdefender will be popping up at your local SE station. We will be humbled to reward your curiosity with our English premium beer, made with our unique winemakers twist. You’ll also have the chance to talk to our team and learn more about the beer and our tourism offers at the brewery.”