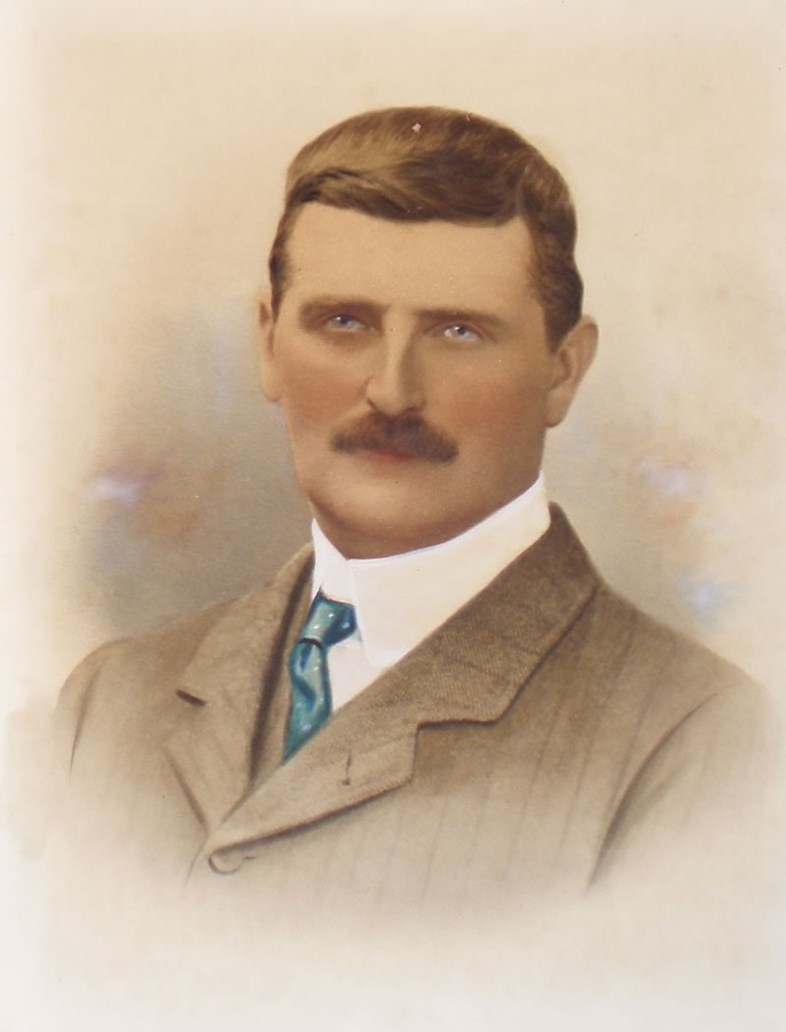 A blue plaque to commemorate Colonel Holman F Stephens, who brought the railway to Tenterden and the Rother Valley and many other places in the country, has been unveiled at Tonbridge station.

A blue plaque to commemorate Colonel Holman F Stephens, who brought the railway to Tenterden and the Rother Valley and many other places in the country, has been unveiled at Tonbridge station.

The oldest surviving plaque was installed in 1867 for the French Emperor Napoleon III and at Dartford Station a plaque marks the spot where rock legends Mick Jagger and Keith Richards met. Colonel Stephens will be in good company.

This year marks the 150th anniversary of Holman Stephens’ birth. He was an enthusiastic developer of “light railways” which, in return for speed and weight restrictions, were comparatively cheap to build.

For half a century, he ran his operations from a property in Salford Terrace, Tonbridge.

As well as what was eventually to become the Kent & East Sussex Railway, Colonel Stephens was associated with 15 other light railways, including the Rye & Camber Tramway, the Shropshire & Montgomeryshire and the Festiniog and Welsh Highland.  Among the local lines were the Sheppey Light Railway, the Hawkhurst branch, the Selsey Tramway and the East Kent Light Railway (Shepherdswell) serving local collieries.

There has been positive support for a plaque to recognise his achievements. Hugh Smith, of the Colonel Stephens Society, said: “The Salford Terrace building is still there. It is only a few hundred yards from the mainline railway station entrance and it is known that Stephens and his staff made frequent use of Tonbridge station to oversee, his light railway projects and later, his operational lines. So, we decided to ask Southeastern Railway if they would agree to have a plaque on their station. They agreed enthusiastically.”

Pat Walsh, Tonbridge Southeastern Station Manager said “Our passengers are going to be very interested to see that such an instrumental gentleman within UK railway history is being honoured with a Blue Plaque at our Railway station. I really look forward to seeing their reactions to the new addition in our station.

The Kent & East Sussex Railway reached Tenterden at the start of the last century and was closed in 1961. It reopened in 1974 as a heritage steam railway run by volunteers and is now a hugely popular visitor attraction.

The plaque at Tonbridge Station was unveiled on 10th July 2018  by  David Wornham Passenger Services Director of SouthEastern Railway, Ian Legg, Chairman of the Kent & East Sussex Railway and Les Darbyshire of the Colonel Stephens Society.