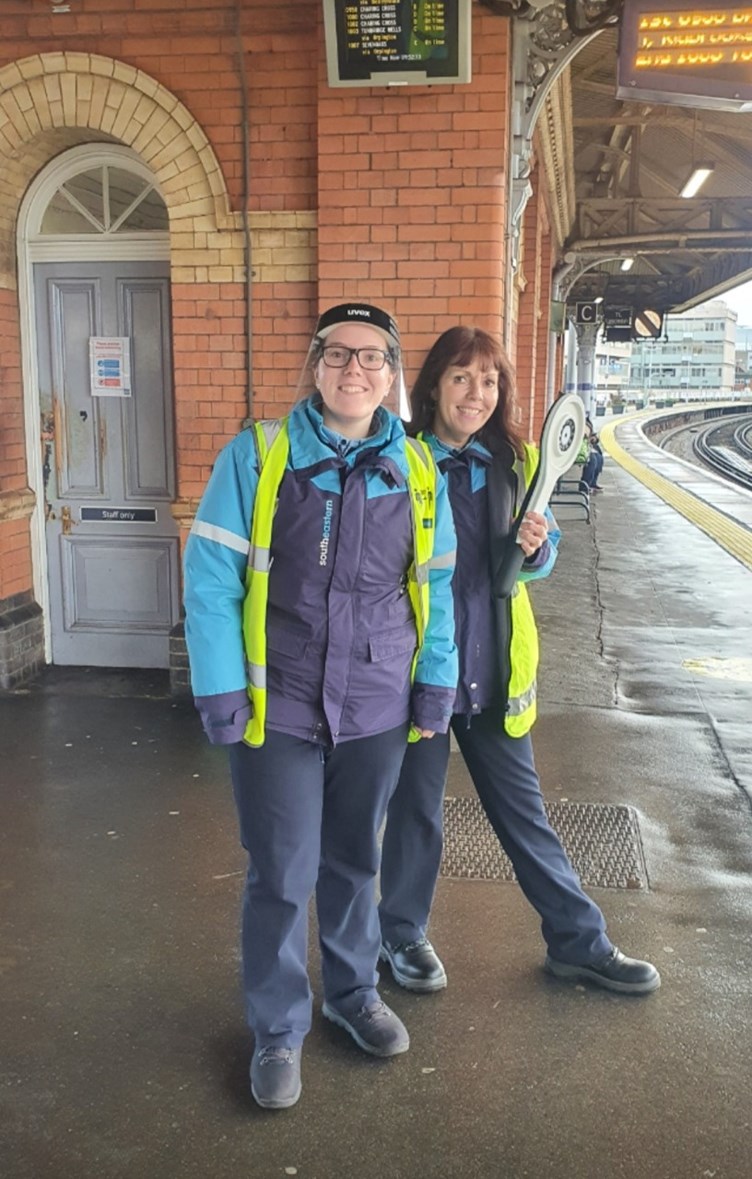 Megan first joined Southeastern, where she works as a Station Team Leader at Waterloo East, in 2014. Thanks to her love of the industry, she convinced her mum, Jaqui, to get onboard and become part of the railway family too.

As platform staff at Waterloo East and Charing Cross since 2019, Jaqui has supported passengers through the stations.

Working for Southeastern together has its perks, as Megan and Jaqui often have the same shifts, travelling to and from work on the same train from Orpington.

At first, their colleagues were surprised to hear Jaqui was Megan’s mum. Megan said: “They could instantly see the resemblance, though they always say she doesn't look old enough to be my Mum. I'm not sure if that's a good thing on my part!”

Close both at work and at home, the pair go bike riding in the summer together and share many of the same friends from the station. Though, as they spend so much time together, they credit the strength of their relationship to their ability to separate work and home and a shared love for their roles.

Jaqui shared: “The best thing about working at Southeastern is that every day is truly different. I’ve made a lot of new friends and the station is such a happy place to work.”

Megan agreed, she said: “Waterloo East station really is like a family. We all work together so well as a team.”

This Mother’s Day, they have both have time off to spend the day together to go out for a meal.  The inseparable pair have a shared source of inspiration, Megan’s grandmother and Jaqui’s mother, who survived a brain haemorrhage and breast cancer over the past few years.